“During those 6 months of due diligence, everything aligned and fell into place to help me achieve the dream of owning my own bicycle shop.”

Jeff Palter brings more than twenty years of cycling industry and riding experience to the table. During his early years in bicycle retail, Jeff specialized in soft goods purchasing, specifically cycling apparel and footwear, for one of the biggest retail stores in the country. He quickly became known as one of the more knowledgeable sales consultants, specializing in cycling shoes and foot-beds. Often providing valuable feedback to manufacturers, he is still considered to be one of the premier cycling shoe specialists in New England.

While staying connected to the cycling industry, Jeff received his MBA from Babson College in 2002 and purchased the Cycle Loft in Burlington, MA in January of 2006. Through the wide array of sponsorship the shop offers, Jeff continues to grow the sport of cycling in New England. From supporting charity rides and fundraisers, to sponsoring local clubs and race series, Jeff is also the CEO of the only Velodrome in New England; over the past several years he has helped some of the country’s most promising track riders pursue racing campaigns during the European Winter Six Day Track Season.

Cycle Loft is a full range and full service bicycle retailer in the Boston Area. Since 1976, the store has serviced the New England cycling scene. Its present footprint is a 3 floor, 16,000 sq. foot store about 15 minutes NW of Boston. 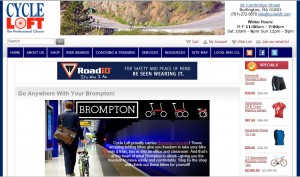 Local BMX Co. is a 1,200 square foot, dedicated BMX and skateboard shop started in March 2011 to address the needs of these specialized and growing action sports markets. This is literally across the street from the Cycle Loft. Presently display is 100 bicycles and frames, along with cases and cases of parts, accessories, clothing, not to mention our in-store skate shop, aptly named, Local Skate Co. 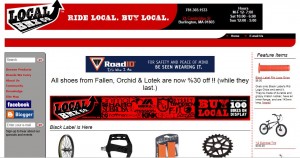 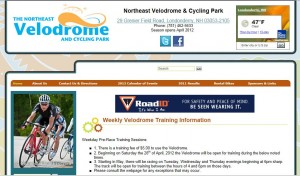 MO: Did you always want to own your own bicycle shop?

Jeff: I always wanted to own my own business, first and foremost. Both of my parents were business owners themselves. After spending 18 year off and on working in one particular shop, and while attending a 2 year full time Masters of Business program, I “dreamed” of doing it better and owning my own bicycle shop—I just didn’t know that it would necessarily come to fruition. After graduating Babson College in 2002 with my MBA, I was in the automobile business for 30 months selling Audi branded vehicles. While financially rewarding, the industry burned me out and upon leaving in May 2005, I took some time off to determine what my next career move would be. As happenstance occurs, I received a phone call from our family’s accountant in August of 2005, who was also the accountant for the then owner of the bicycle shop—he was selling it, and perhaps I might be interested in the opportunity. Right place, right time, and the rest is history opportunity. During those 6 months of due diligence, everything aligned and fell into place to help me achieve the dream of owning my own bicycle shop.

MO: You acquired the Cycle Loft in 2006. What inspired your decision to expand into the BMX, skateboard and Track Cycling markets? Did your business model remain the same or did it need to be tweaked for each new store?

Jeff: As sales in the BMX category began to grow year after year, my staff and I mused how great it would be go have a dedicated space just for this category. The opportunity presented itself when a feasible piece of real estate became available across the street. We knew that other retailers didn’t really think much of the category, we had staff that was passionate about it, and it was working for us—so why wouldn’t we continue to run with it. Bringing skateboards into the mix has been a bit more a gamble, but again, with staff passionate about the sport, and skateboarding and BMX co-existing well in the realm of action sports, it didn’t seem like a huge stretch to give a go. We’ve put our toes into that water, and are slowly edging into the market finding our way as sales develop and we understand our local market more completely. No, the business model for the BMX and skate has not changed from the larger Cycle Loft entity. We are still focused on buying the right products at the right prices, with the best margins, from the best vendors and offering an excellent experience to our customers. The biggest competitive threat to this store, is frankly not other brick and mortar retailer, but the internet and established mail order businesses. Our foray into the Track Cycling market was born of a frustration with the previous management of the facility. The sale of Track related product has been a bit slower to be integrated into the Cycle Loft than the BMX/skate categories, only because the market is quite a bit smaller and locally we are pioneers in this cycling discipline. That being said, our model remains the same for all of these categories of products. The internet has, and will be our biggest competitive threat, regarding the stocking and selling of niche cycling products—the range of choice is just far too great.

MO: How has the Cycle Loft redefined the notion of the “corner bicycle shop?”

Jeff: I think when the general public thinks of a bike shop, or that “corner bicycle shop,” they envision a small, dusty, creaky floorboard hardware-ish shop with products here and there. Although there may still be some of these bicycle shops out there, the industry has gone to great lengths to elevate the level of retail in the bicycle industry to that seen in other industries, whether motorcycles, wireless communications, or computers. I firmly believe customers want a “wow” experience when shopping for a recreational product—with good lighting, strong organization, clean facility, not to mention knowledgeable, passionate and polite sales consultants. This has always been the “Cycle Loft Way,” even before I acquired the store. It fits with the cumulative personalities of our long term core staff—it’s the store we want to shop in, therefore we make it so for our customers. Frankly, and this can be said of some of my colleagues locally and nationally, many people who’ve never been into my store, or a bicycle shop lately, are stunned when they walk in, I think I’ve heard friends say, “I know you told me you owned a bicycle shop, but THIS is NOT what I expected.” And that’s said in a positive light, of course.

MO: What’s the key to managing 3 thriving businesses? How does the interconnectedness of the stores contribute to your overall management style?

Jeff: I think being personally involved and present at all of the locations on a weekly basis certainly helps. The Cycle Loft and Local BMX Co. are so close that I can be at both stores multiple times in the same day, and as a competitive track rider, I’m at the Velodrome 3-4 days per week during the Season, which is May-August. I could also not manage it all myself and am fortunate to have some passionate and dedicated staff that understand the business and the tasks at hand and can execute without being micro-managed. That’s not to say there aren’t headaches and stress, that’s business and life, but it certainly helps that everyone that works for my companies is passionate about cycling and bicycles themselves.

MO: How will new initiatives with bicycle brands, such as Brompton Bicycle (a British made folding bicycle), impact Boston’s large volume of bicycle and intermodal commuters?

Jeff: Boston already has a well established bicycle “culture,” that’s well known. The Mayor of Boston has also implemented a “bike share” program in the City proper. That being said, I think more people, not just existing “cyclists” could benefit from bicycles in ways they are simply not aware. Cycling has become a sport in this country, though in the past it was known as a “pastime” because virtually everyone rode a bicycle to some extent. As fuel prices continue to be high, and traffic congestion continues to be an issue, not to mention general health issues for adults and children, the bicycle continues to present themselves as relevant solutions. A bicycle such as the Brompton, a folding bicycle, can have significant impact by enabling people to find alternate means to make that 1-2 mile journey that so many still drive when there is another way. Add in the intermodal aspect of combining a folding bicycle such as Brompton with buses and trains, and one’s preconceive notion of independent personal transport is shattered. Taking a bicycle virtually anywhere and then riding it anywhere is a new concept here in the US—though our European and Asian counterparts have already embraced this for so many different reasons. When I understand the worldwide production of Brompton and learn of the small percentage that are imported into the US market, I am simply spellbound by the opportunity for people, cyclists and soon to be cyclists, to avail themselves of this magnificent tool.

MO: The most expensive bike you sell is $20,000. What kind of customer would make that kind of purchase and what sets it apart from a $500.00 bike?

Jeff: The consumer that wants to spend upwards of $15,000 on a bicycle wants the latest and greatest (and most expensive) technology in every regard. Often it’s debated if this rider/consumer is good enough, or fast enough to use this level of equipment, but that’s obviously a fairly fruitless debate given our society’s penchant for goods. Look at watches, there are some incredibly expensive time pieces and some inexpensive—and at the end of the day, they both simply tell time—so who’s to say? What differentiates a $500 bicycle from a $5,000 bicycle is materials used in fabrication of all aspects of the bicycle. More expensive bicycles last longer and ride more comfortably, more efficiently—they are better, though one would have to admit that for the general population, i.e. not elite professional riders, that there is a point of diminishing return. That’s the truth of the matter. But even knowing that, it will not stop some consumers from “over buying” because this is their personal prerogative, just as all cars get one from point A to point B, all bicycles have wheels that roll—but many, both cars and bikes, offer different experiences along the way.