“YOU NEED MORE THAN MONEY!”

John Nelson has been a Managing Partner of multiple venture funds including Gatekeeper International Funds, Ventana Technology Gateway Fund, and Venture Management Group. He also is a Venture Partner with Shepherd Ventures. Previously, John was the North American Investment Director for the Ministry of Treasury of Australia and the CEO of several successful turnarounds. John’s areas of focus include IT, computer science, economics, health sciences, and Asia. 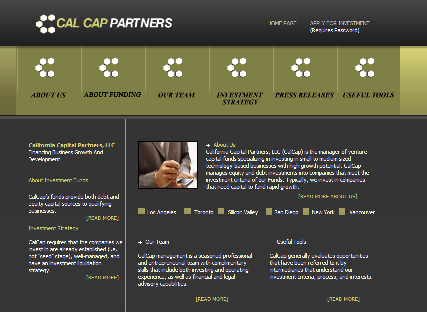 MO: Who should seek venture capital investment and at what stage should they seek it?

John: ”Venture Capital” per se, is an over-used term. I like to limit it to those capital sources that use “other peoples’ money” (OPM) to invest in portfolio companies. There are other “venture” sources, such as friends and family, “angel” investors who invest their own capital, and strategic investors (companies that invest usually for more than a financial return, such as licensing, acquisition, etc.). This being said, I think that most entrepreneurs should try to use their own financial resources, as well as friends and family sources, prior to seeking institutional venture capital. Having a working product or service with reference sites, along with actual sales, greatly increases the likelihood of success in raising venture capital. Furthermore, this approach minimizes the equity dilution that founders are likely to experience.

MO: How important do you think mentorship is to the success of a young company?

John: It is critically important. Very few start-up or early-stage management teams have the prerequisite breadth and depth of managerial acumen that will be necessary to make a venture-funded deal a market and financial success. We look for founders that are “coachable.” We also seek to back people whose egos allow them to recognize that as a company evolves, the management requirements also change – sometimes markedly. The implication of this is that the team(s) that start(s) in the “C-suite” often will undergo reconstitution during the lifecycle of their companies.

MO: What advice would you give to entrepreneurs seeking venture capital investment?

John: Do your homework! Research the capital resource options, and limit efforts to those sources that are optimal matches in terms of industry, stage, etc. Conduct due diligence on the VCs (and their principals) that seem most likely to be interested in your deal. Don’t cold-call an investor prospect; instead, engineer a way to get introduced… If you get a meeting with a VC, ask lots of questions and try to build a relationship. Set your expectations appropriately – you will not get a check after an initial meeting. Instead your goal with the first meeting, and each subsequent one, is to try to avoid saying or doing something that will lead the VC to say “No.”

MO: What are some of the most common mistakes you see promising companies make that prevent securing investment?

John: 1) Shot-gunned, as opposed to rifled, marketing techniques; 2) Not doing sufficient homework on the target VCs and their examples of financings in your space; 3) Not asking for enough capital with detailed uses of proceeds; 4) Over-promising and under-delivering.

MO: What are some examples of how you’re helping build successful businesses and supporting skilled, dynamic entrepreneurs?

John: I spend 25%-33% of my time with early-stage entrepreneurs whose deals are too early-stage for CalCap’s capital and/or services, listening to their stories and suggesting approaches and connections for them that might enhance their chances of market and economic success. Oftentimes my partners and I have relationships with technologists and professional service providers who can offer critically important input to the developing entrepreneur. This is done on a pro bono basis, with the hope that those who survive and thrive will remember us and re-engage when their firms qualify for CalCap capital or investment banking services.

John: I did a turn-around of a portfolio company for a venture capital fund, and then took the financial rewards I received for that assignment and “bought” a job (became a Limited Partner investor) with a spin-out of that venture capital firm. I suppose that it turned-out okay, because I’ve been in the industry as a principal for nearly 30 years now.

MO: Can you talk about the new debt fund that will loan capital to early- to mid-stage start-ups that you’re about to launch?

John: Due to the shake-out within the venture capital community and the current adverse economic conditions, CalCap decided to postpone capital-raising for the next debt fund. On the other hand, we are moving forward with the syndication of a publicly-listed “Royalty Fund” that will license technologies to commercialize products by financing and managing the production and distribution aspects of the business.

MO: What are some of the ways the venture capital industry has changed over the last 24 years? What kind of changes or trends do you expect in the coming years?

John: I’m not unique in observing that the venture model has become broken; hence, the reason for the shake-out of managers. Several years ago the NVCA reported that the “average hold” of a VC-funded portfolio company had grown to ca. 9.6 years. Since most VC funds are 10-year partnerships, clearly this duration doesn’t work for the investors’ financial interests. In addition, as the average size of Funds has continued to grow, the “draw income” of the managers has grown rather large, irrespective of how their portfolio companies perform. Again, this does not service the interests of Fund investors well. My partners and I think that the future for VC management will require structures that underwrite investor returns in timeframes considerably less than what they’ve grown to be. Perhaps, this has been one driver behind the growth of venture debt funds, which have relatively short periods for return of capital (and other features such as collateral security, fees, etc.). There are other structures, like the Royalty Fund concept, that also can provide early cash-flow returns to Fund investors.

MO: Thank you so much for joining us today.