“There’s a reason why people pay $25,000 to $50,000 a month to rent a storefront on 5th avenue in New York. It’s because they’re getting high value clients, highly targeted traffic walking in front of their storefront.”

Mike:
Hey, everyone, I’m Mike Sullivan. Thanks for joining us again today on MO.com, where we feature small business owners and entrepreneurs and then bring you hints, tips, insights, and perspectives on what it takes to be successful.

Joining us today is Andrew Rosener. He is the founder and CEO of Media Options, which is an online business dedicated to premium domain names. Andrew, thanks very much for joining us today. Now, I know you didn’t get your start with domain names. Can you tell us a little bit about your background and how you eased into the domain space?

Andrew:
So my background is in seafood commodities, and that has nothing to do with domain names. Essentially, I was a fish monger. I sold frozen seafood. Straight out of college, that was the business that I went in to. However, back in the late ’90s, ’97, ’98, I started buying some domain names just because I thought they were cool. I obviously was paying attention to some of the large domain sales that happened in the late ’90s around the dot-com bubble. That was very intriguing, and I sort of continued to buy domains on a very small scale, more as a hobby.

But my real trigger point into getting into domain names was when I met my wife and we were in Spain. She introduced me to a specific type of ham, Pata Negra, Iberico ham. It’s a very specific ham from one region of Spain. It’s the most expensive meat in the world. The first time I tried it, I fell in love. I thought this is good stuff, and someday I need to import this into the United States. I thought the best way to do that would be to own all of the domain names. So I did just that. I registered Iberico ham, Jamon Iberico, basically there were 10 or 12 of them, all of them in Spanish and in English.

I didn’t think much of it for the next few years. Then one day I’m driving to work and on the radio, on NPR radio, I hear that George Bush is about to receive the first . . . so sorry. The background of that is it was illegal to actually import the stuff into the United States. The FDA thought that the curing process made this ham unsafe for Americans to eat. So that kind of put a stop to my importation idea.

So, a few years go by, I’m driving to work. I hear on NPR Radio that George Bush is about to receive the first Iberico ham at the White House today. The FDA has finally approved one specific curing house in Spain for exporting this to the United States, this ham. So I got to my office and I go on the Internet. I’m researching who’s the importer that beat me to the punch. I got them on the phone, I was speaking to the owner, and I said, “Hey, man. Congratulations. How do I get a ham?” He basically told me that the first container was pre-sold, that was going to arrive in three months. The second container was going to arrive six months after that, and that was pre-sold, and if I wanted a ham, the next one was going to be at least a year out.

On top of that, this stuff was going to cost about $150 dollars. Each leg is between 12 and 20 pounds. So it’s expensive stuff. I said, “Well, listen, I’ve got all these domain names. Does that mean anything to you?” I went through the list. I could hear on the phone that his jaw was dropping, and he said, “Man, we’ve been trying to figure out who owned those. Yes. What do you want?” I said, “Well, I don’t know. What are they worth to you?” At this point I had no idea what domains were worth, particularly small, extremely niche domains like these.

Essentially, we went back and forth, and ultimately I said, “I want a ham.” I could tell how much these domains meant to him, so I negotiated to get some cash, and I think ultimately we ended up at about a $5,000 cash payment and I got a whole leg, about a 15 pound leg of the ham from the first container. So, sorry, whoever the claim was who lost their leg. I don’t know. I’m sorry. But I got one of the legs from the first container, and he sent me a carved wooden holder that holds the leg and he sent me the knife set. It’s a very specific knife for hand carving this stuff. The whole thing arrived at my house one day, like a coffin, and my wife and I enjoyed it for six weeks. It sat very proudly on our counter top, this big leg of ham. Our friends came over and thought we were nuts.

So, I started buying domains. I started buying in the aftermarkets. I started buying on GoDaddy, on NameJet, on SnapNames, Pool. Unfortunately, I’d say, the first thousand domains I bought were probably, I don’t want to say worthless, but nothing I would buy today. So it was a very expensive lesson, but invaluable. It was priceless.

Mike:
So you’ve built up your skills and understanding of domains and where you are today with Media Options. Tell us about the company. What is Media Options and what you do?

Andrew:
Media Options is primarily a domain brokerage firm, and that is the majority of our business, but we also do own a mediocre size domain portfolio, probably around 3000 domain names. We develop, monetize, and also do consulting for domain monetization and domain valuation, as well as buy side, acquisition services, but selling the high-value domain names is our primary business. As many people may or may not know, I’ve got a very specific domain valuation method, and my methodology is based strictly on exact match search volume. I think that domain names with the highest value are the domains that have the highest amount of exact match search. The more people that are looking for exact keywords, the more that domain’s worth.

Mike:
Andrew, do you think it’s to the advantage of both the buyer and seller to have a broker involved in the sale or purchase of a premium domain name?

We know the market. This is what I’m doing all day, every single day. We know the buyers, not just the domain buyers, but the buyers at the large corporations who we work with on other deals. They come to us for advice on domains that maybe they want to sell or acquisitions that they want to make. Like in any business, it really comes down to relationships and expertise in specific verticals.

There are verticals which I don’t have a lot of expertise in. If somebody comes to me with a high value domain in a vertical which I just don’t have a lot of experience in or I don’t think I have a high chance of selling a domain name, I’ll refer them to another broker like, Alan Hack, or somebody else who I trust and feel confident in referring them to. Absolutely. I think almost a hundred percent of the time you’re better off having a third party broker represent you to sell a high value domain.

Mike:
How important is a premium domain name to a small business today?

Andrew:
Critical, absolutely critical. Domain names are your storefront. There’s a reason why people pay $25,000 to $50,000 a month to rent a storefront on 5th avenue in New York. It’s because they’re getting high value clients, highly targeted traffic walking in front of their storefront. The woman that’s shopping for a Gucci handbag is walking down 5th Avenue in New York, and the same applies online. Owning an exact match keyword domain name, you’re going to bring in highly targeted traffic from the get-go.

As soon as you open your store, you’re going to have shoppers coming in your front door. It’s essential. In my opinion, and I say this all the time, I think that we’re in the infancy of the Internet, and I think that domain name values, as they are today, despite the fact that many people think, “Oh my gosh. That’s so much money for a domain name.” Well, in my opinion, I think that domain values are still a fraction of what they should be relative to their power to get customers. It’s priceless. If you’re selling running shoes, you can’t own a better domain name than RunningShoes.com. From the first day that you open the door, people know what you’re selling, and if they’re looking for running shoes, they’re going to come in your store. From the SEO value of the competitive advantage of getting onto page one and getting into that first or second or third position in Google for those exact match keywords, to the type-in traffic. The list goes on and on about the intangible benefits of an exact match keyword domain name. 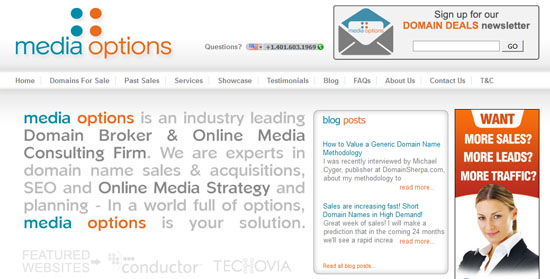 Mike:
What about search engine optimization, SEO. Is it possible to invest in that, and can it achieve the same benefits as an exact match keyword domain name?