Are Entrepreneurs Getting “Stimulated” Enough?

The government’s involvement in my entrepreneurial activities has been mostly negative recently. I’ve been arguing with a certain state governments Department of Revenue over some mistakes in my sales tax license and filing parameters. The state shall go unmentioned…but I’ve been trying to resolve the problem for about five months. I was an “intrapreneur” within the Department of Defense for three years…I love a good bureaucracy, whether state or federal. I also know what the government is and isn’t capable of. In many cases it isn’t capable of a positive and/or timely stimulus to help entrepreneurs grow. But the U.S. government seems to be spending our money trying.

What stimulus will it take to see economic growth again? In February 2009 the American Recovery and Reinvestment Act of 2009 was signed into law by President Obama. It included about $288 billion for tax benefits, $275 billion in contracts, grants and loans, and more than $244 billion for “total entitlements”. There was little direct, primary, stimulation for entrepreneurs. As a candidate, Obama proposed to seed business incubators with $250 million in federal funds. He also stated that, “Small businesses employ half of the workers in the private sector in the country and account for the majority of job growth” (according to Entrepreneur, 2-18-2009). But there was little in the stimulus that had any positive impact on entrepreneurs. Simply stated, it was a stimulus bill with little to stimulate entrepreneurs to create jobs. One component of the stimulus did allow for businesses to increase the deduction for equipment and software purchases (Section 179). But seriously, how many companies have been making large equipment purchases? 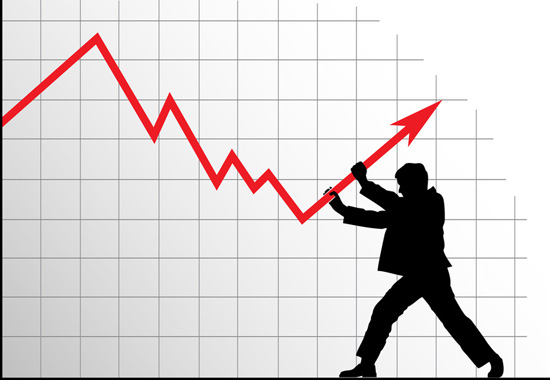 At Recovery.gov you can see the exact impact the stimulus has had. The jobs funded by the stimulus, as reported by recipients, January 1, 2011 thru March 31, 2011 totaled 560,992. Sounds impressive…but it cost about $800 billion dollars. You can also see the impact on your specific zip code. My zip code received $96,838,231 in stimulus money. It was spent on 2 contracts and 21 grants. One of those contracts cost $625,000 and resulted in 0.76 jobs. That was certainly stimulating.

The government can only do so much. And it isn’t that efficient at what it does do. The money (about $100 billion) from the stimulus that went towards infrastructure projects was supposed to be one of the stimulus’ biggest job-creating tools. According to Jack Wells, the chief Department of Transportation economist about 27,800 jobs are created for every $1 billion in federal highway construction spending. Nearly half of those jobs would be indirect. Meaning jobs “created” when construction workers “spend” their income. The problem is that entrepreneurs don’t generally build highways and bridges. You need to be a rather large company capable of carrying large bonds in order to get those projects.

So what about smaller-scale entrepreneurs? Sometimes it seems as if only big-business has the ear of politicians and has the ability to influence legislation. Some have thought that recent legislation, most notably, the banking reforms, health-care, and regulatory reform will actually stifle small business owners, perhaps even creating new barriers to entry. While such legislation may not directly and/or positively impact the bottom line of small business it takes time for us to understand the implications of the legislation. Time is very limited for small entrepreneurs because they are more attuned to the daily financial operation of their business. While big-businesses currently sit on significant amounts of cash and stocks are generally gaining ground there still has not been a sustained increase in employment. If smaller entrepreneurs are to influence job creation the stimulus needs to change.

There needs to be a stimulus for innovation and entrepreneurship. It really isn’t that hard. Most government entities, federal, state, and local, provide location and hiring incentives for business. But in order to qualify for such incentives the thresholds are too high. Small business owners, innovators, and entrepreneurs might not be able to gain enough local or state government attention if they are only prepared to grow through hiring five or ten new employees at a time. While local governments cannot incentivize every single job created…it can tailor packages to smaller businesses who have a sustainable growth plan.

While government may be slow to stimulate the job creation ability of smaller businesses some other opportunities are slowly returning. SBA-backed loans now appear to be increasing and banks are slowly starting to lend again. However, banks will continue to minimize their risk. This means that the entrepreneur must be a sound investment with minimal risk for that lender. So we must turn again to the a credible business plan and use all the tools available to you, including understanding what government is, and isn’t doing for you.

Now, back to the friendly sales tax employees of the Colorado Department of Revenue. Oops.