We have all had that moment when we think to ourselves, “Why didn’t I think of that?” People like Troy Foss are the ones who think of it first. He noticed a trend of online deal sites, like Groupon and LivingSocial, and put his own twist on it. This online marketing consultant saw more localized potential in the online deal business. He scoped in on a segmented San Diego neighborhood, La Jolla, California. He built his site, DealMeInToday.com with a consulting client turned partner, built a brand and sold it in 2011.

Foss went into this business with a plan to sell. He is an optimal speaker for Plan for the Sale, a multimedia web service for learning how to plan the sale of your business. He had his plans made way in advance. Foss expected low overhead, a focus on a very specific area of interest and a need to exit before the daily deal bubble blew up in his face.

“One of my biggest concerns was this whole daily deal fatigue concept, and I was already starting to see it when I started the company,” says Foss. “So, I said, ‘…I have to get this thing built, show that we’re producing revenue, show that it’s consistent and growing and then start to line up buyers.’”

After finding his partner, who helped fund the startup, they became an LLC in no time. Their next task was creating buzz around their brand. Foss marketed the company online and face-to-face with consumers. In the first three to four months, they had about 10,000 locals signed up for the site. That is a big number for a guy with big ideas. 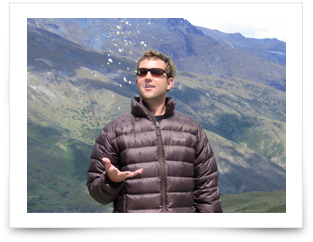 “I just completely immersed myself into the daily deal market. I was going to follow as many blogs, look up every competitor outthere, follow who was growing, who was expanding into new areas, keeping up with who was buying other companies, setting up keywords in Google News and doing everything I could to try and really keep a finger on the pulse of the market,” says Foss.

He planned ahead when he was building the business. Foss planned ahead and knew how to plan for his sale. He strategically used Deal Current as an engine and plug-in so a future buyer could easily transition into controlling and owning the site.

He also made sure he networked with the right people. Every industry has a need to know business owner or group of owners. Knowing these people helped Foss and could help you find a potential buyer. His networking through social media and cold emails put him on the radar of a digital newspaper publication. Meeting more and more people fueled his desire to sell, but he was cautious.

“I started going through multiple calls a week with CEOs or different executives, putting together NDAs (non-disclosure agreements), starting to disclose some of our financials that they needed too, in the preliminary due diligence rounds, and starting to see who out there who was really, seriously interested and starting to create value for the company,” says Foss.

A non-disclosure agreement can protect your business. Foss and his partner didn’t discuss their site until a potential buyer signed their agreement. Even after the buyers were legally bound not to share information about DealMeInToday.com, Foss only revealed 90 percent of the company’s information. Selling a business requires strategic communication.

“We had about two or three players that were real serious and put down offers,” says Foss. “So, we got those offers in, and, at the time, a lot of companies were trying to come in and pick us up for a lower valuation than we wanted.”

Foss and his partner prepared themselves for the sales process. After looking at some offers, Foss’ partner and his wife had a better idea of what the business was worth and where it was headed. They offered Foss money for his share of the site so they could continue growing the company to other localized markets.

“I think by the time when we were getting up to sell the company, they were pretty well versed in it. Neither of them really had an internet background, internet start-up or online marketing background at all, so throughout this process I was training them and educating them on how all that worked and how marketing worked,” says Foss.

After his exit, Foss sought opportunities in the real estate industry. He planned on jumping into a new type of market for similar selling benefits. He still consulted his partner after the sale and  gained confidence in teaching himself about new businesses. Foss made choices that helped him Plan for the Sale. He was able to network his site, negotiate with buyers and eventually find the right one right next to him.