Selling two businesses may be harder than selling one. Avid surfer, Danny DeMichele, endured a big wave when he decided to sell his online marketing agency, eVisibility, and a bundle of home furnishing ecommerce sites, BuyOnline. He became comfortable with communication strategies for current employees and how to get finances organized for a smooth deal process. His experience allows him to give advice to members of Plan for the Sale, a multimedia education website for entrepreneurs who are addressing plans to possible sell a business.

In his first sale, DeMichele hired a broker skilled in Internet acquisitions. They helped him sell eVisibility to a client he already had a trusting relationship with. Making the decision to sell wasn’t the hardest move for DeMichele.

“We didn’t have the cash flow required to sustain the growth that we had,” he says. “So we didn’t have a choice but to either A, bring investments or B, sell the company.”

One choice that gets people wound up is whether or not to use a broker. DeMichele warns that some may have hidden fees. Afterall, they are usually working in ways so they can get the most out of your sale as well. Making the decision to use a broker knowledgeable of his industry brought DeMichele 20 percent more in sales profits than he expected. He purposely went with a smaller firm that had reasonable service prices. His one-on-one relationship with the owner was another added bonus.

A sale doesn’t have to be all business. DeMichele took a laid-back surfer approach when he sold BuyOnline. He literally left town for a camping trip and came back to a sale. He casually spoke with his distributor over the phone and made his existing connection turn into a buyer. Each sale is unique, even for the same seller. DeMichele still believes there are several aspects of any business that can make or break a deal. 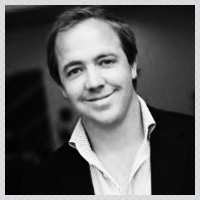 “So books, I think, is one of the most overlooked parts of selling a company. If you have really tight books and they’re organized the correct way, acquirers are less likely to go down rabbit holes and finding and uncovering things that maybe you didn’t know even existed, ” says DeMichele.

Even though he ended with successful sales, the books for eVisibility were not set to the industry standard, which created unnecessary delays. A lengthy valuation and delays can make a business owner lose money.

DeMichele also recommends paying close attention to tracking an owner’s comps and salary, because they are both going to show how easy it is going to be to replace them or phase them out of the business.

A seller has to keep many parties interested and pleased. Employees and their morale may be difficult to handle. If they are unhappy, they can keep a business from maintaining success or improving. They must also be leaders in an employer change. Dealing with his employees was one of the most stressful situations of DeMichele’s life. He had some long-term employees sign new contracts but had to terminate some too.

“We were very transparent with our staff day one, and I think that’s important, because the bottom line is people are going to find out, and you just can’t hide things from people,” says DeMichele.

How to strategically communicate to buyers, employers and contracted clients can make the sales process easier for everyone involved. There is a balance of getting what a seller wants and meeting the expectations of others. In one case, DeMichele was moving forward with a deal and got to a point where he felt like he needed to just slow down and take a step back.

“I had emails written to stop the entire thing, but I opted to put it in my drafts box and sleep on it, so to speak,” says DeMichele. “There were three or four times where I was one brain molecule away from shutting the deal down.”

Both of his sales featured on Plan for the Sale were very different. DeMichele’s advice can resonant with all types of deals. His past experiences keep him surfing into new sales and guiding others to conquer their own waves.