“I have always thought that more adoptions is generally a good thing.” 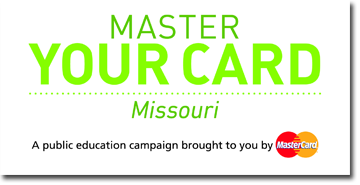 Master Your Card – Missouri is a public education campaign from MasterCard, which helps consumers, small businesses, and governments get more from their money by using prepaid, debit and credit cards to their advantage. MasterCard uses its Missouri-based technology to run an electronic payment network that delivers instantaneous, affordable, and safe transactions though cards.

While Dewey thoroughly enjoyed representing clients in adoptions as an attorney, and still does, he wanted to do more to encourage adoption and help build families. Children need fathers and mothers, and mothers and fathers need children.

In 2005, Dewey met with Elizabeth Ehlen and Tina Tyra to talk about starting a licensed, child-placing agency in Missouri. A Gift of Hope Adoptions is the result of his desire to serve families and see them grow. 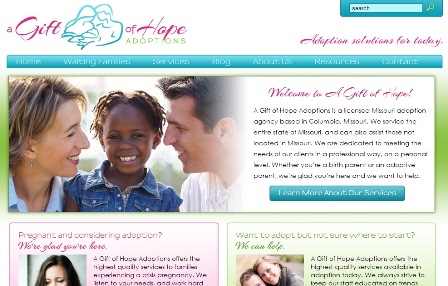 Gus: What inspired your decision to move from representing clients in adoption cases to launching an adoption agency?

Dewey: I have always thought that more adoptions is generally a good thing. As an attorney, all I can do is wait for clients, who typically already had an adoption plan, to come to me. The problem is that while there are plenty of people who would like to adopt there are relatively few children that are available for adoption. When a birth parent contacts us sometimes it is just a temporary problem, and we can make a few suggestions, or just let them vent, and they can go on and continue parenting. However, usually if a birth parent contacts us there is probably a real good reason for that parent to be considering adoption. Part of our job as an adoption agency is to let birth parents (along with anyone else) know how adoption works these days. In many respects adoption practice over the past 10-20 years or so has changed, and those changes are usually perceived as positives by birth parents who ask. So, as an adoption agency, we can encourage and help many more people to make the adoption decisions and adoption plans than I ever could just as an attorney. So now, I can still represent someone in an adoption (if it isn’t related to our agency) and I can help to make adoption an option for many more people.

Gus: What some of the key questions that a couple should be asking themselves and their agency when it comes to adoption?

Dewey: The first question is, of course, are they ready to even begin the adoption process? Typically, couples are adopting because they can’t have their own biological children. However, adoption is not the same as having your own biological child, and they need to understand, or at least acknowledge that when they start the adoption process. Second, there are various adoption options. Domestic (which is what we do), International, and finally, adopting through the state system. Each of these are different. Third, they need to be prepared for the process. They typically have recently come off of the infertility process, and now they have to start a whole new process. We assign a social worker to each of our adoptive families that can help them through the process. We also have adoptive parents who have gone through the process and are more than willing to be available to new prospective adoptive parents. We also have e-booklets that describe each step of the process. However, each adoption is different, so adoptive parents have to be prepared to know that there isn’t an adoption script that they can anticipate will be strictly followed.

Gus: The adoption process is a highly emotional and complicated journey. Can you provide some tips for our readers on how to avoid scams or fraud?

Dewey: The best way is to work with an adoption agency. And I am not saying that because we are an agency. It is simply easier to get scammed when you don’t have anyone to turn to for advice and you have no idea what the warning signs are. An agency has probably seen scammers before, and would be more likely to recognize a potential scammer than someone who is doing this for the first time. And an agency is going to be less emotionally attached and more objective in trying to determine if someone is a scammer. While some scammers aren’t caught, even by an agency, your odds are much better if you are working with an agency. Also, if you suspect a possible scammer, but still wish to continue working with that person on the hope that they aren’t, an agency can help you to at least minimize potential losses.

Gus: Can you shed some light on the process behind matching birth families and adoptive families and what insights you’ve gained since first starting out in 2005?

Dewey: We ask birth families and adoptive families similar questions about what they are looking for in an adoption. We then apply that information when we begin the matching process. No one will ever match up perfectly, so this is more an art than a science. However, we can generally match up potential adoptive parents birth parent that are looking for similar attributes in an adoptive couple, and vice versa. What stands out to me when it comes to matching since we started this journey in 2005 is how many adoptive couples change their minds during the waiting process to be matched. For example, an adoptive couple may start out wanting only a white girl born to college students. As time passes, and they realize that they are missing out on even being considered in a lot of situations, they become more open on issues like gender and race. We can tell them this in advance, along with other things, about this but they don’t seem to “get it” until they are actually in the process. And of course a few are willing to wait as long as it takes.

Gus: What are some of the biggest challenges you see adoptive families and birth parents face and how can these issues be avoided?

Dewey: For adoptive families, the waiting process itself can be an emotional roller coaster. We encourage our families to try and put the process out of their minds as much as possible while they are waiting to be matched. There is also the cost. It isn’t cheap. We try to help by breaking down our fees into 3 payments. Usually those payments are spread out over a year or so. However, this year we had a family that had a baby in their home from us within about 10 weeks after we started with them, and that includes about 8 weeks to get their home study done first! So, you have to be prepared financially and we can help people by educating them on a few ways to help cover the costs. There are tax credits, and for Missouri families there is an income tax credit for many adoptions. A few other states have tax credits also, although I think Missouri has the most generous state tax credit by a long shot. It seems as if most people who are adopting newborns aren’t aware of the Missouri tax credit possibility so we can help in that respect by informing our families about that option and what it takes to qualify and it helps to have an agency involved in the adoption in order to get the Missouri tax credit. For our birth parents, it is overcoming peer pressure. Very few, probably less than 1%, of single pregnant women place for adoption. Part of what we do with birth parents is to make them aware of what they can expect from friends, family, health care providers, etc. Sometimes they hear a lot of negative, inaccurate, and anti-adoption talk. They have to make up their own mind in the end, but we try to make sure they remember why they initially approached us and whether anything has changed since then. I have to say that birth parents are my heroes. In making probably the most difficult decision that a parent can make they are being the best parents that they can be in choosing adoption for their child. We want to be there for them.

Gus: Can you talk about the differences between international and domestic adoption and how a couple can best decide what’s best for them?

Dewey: With domestic, you are probably going to adopt a newborn. But you also have to understand that a small percentage of adoption plans don’t work, and this fear is why some adoptive parents choose international. In domestic, you also have the benefit of usually having relatively accurate background information, medical and otherwise, on the birth parents and the labor and delivery records if you are adopting a newborn. With international, you wait longer, often much longer after the birth of the child before the placement, but you usually don’t worry about the adoption falling apart at that point due to a birth parent changing their mind. However, other issues have come up that make international adoptions more uncertain for the adoptive family. Instead of a birth parent changing their mind, you may now have to deal with a country changing its mind about allowing non-residents to adopt at all and whether you will get caught up in that. International adoptions have fallen about 50% in the past few years as more and more countries close adoption to foreigners or change their requirements. There is also a growing concensus that the age of the child at adoption can be a factor in the development of the child, which is another reason why some people prefer to adopt a newborn, which means a domestic adoption. We also want to point out that despite that, approximately half of non-family adoptions take place when adoptive parents work with a state to adopt a child that is in foster care. We work with parents who are open to that, and for some prospective parents, such as singles, that may be their most realistic option to adopt.