Digging for Stimulus in Your Own Backyard

The Ewing Marian Kauffman Foundation in Kansas City recently released a study that found that new firms are creating and sustaining far less jobs than they once did in the U.S.  The study, Starting Smaller, Staying Smaller:  America’s Slow Leak in Job Creation, indicated that this phenomenon actually pre-dates the 2007-2009 recession.  While the study once again confirmed that new businesses created the majority of net job gains, the “leak” must be structurally fixed before significant job-growth can occur.  The study cited Bureau of Labor Statistics that indicated “that in the 1990’s new establishments opened their doors with about 7.5 jobs on average, compared to 4.9 jobs today.” Even the Wall Street Journal reported 7-11-11 in Little Hiring Seen By Small Business that 64% of small business leaders were not expecting to add to their payrolls in the next 12 months.  We need to get small business growing again!

When I recently asked if entrepreneurs were getting stimulated enough, the focus was on what the U.S. government accomplished with nearly $800 billion dollars in stimulus.  The consensus was…not a lot.  The day after that article came out, The State of Small Business Lending with Brock Blake remarked that the growth in SBA loans was with smaller lenders ($10 billion to $49 billion is assets).  The potential for job creation remains for small business, while the U.S. government seems to be focused (stimulus wise) on bigger business. 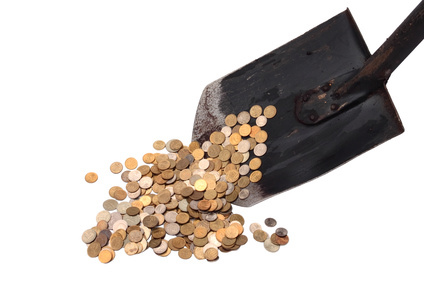 Even the state of Missouri thinks big.  Even in very tough budget times, Missouri Governor Jay Nixon credited a tax incentive program for keeping a Ford Motor Company plant in his state.  The incentive package offered to Ford will cost the state $100 million in withholding taxes over 10 years.  What did the state get?  Ford will invest $400 million and maintain its current level of about 3,750 employees in its Claycomo, Missouri plant.

The latest job creation stimulus in my hometown of Columbia, Missouri cost about $32 million in incentives and will result in IBM bringing about 800 jobs into town.  The package was put together at several governmental levels.  The State of Missouri offered $11.6 million from its Missouri Build program, $14.7 million from its Missouri Quality Jobs program, $4.2 million for new jobs training, $300,000 in customized training, $412,500 for recruitment assistance, and Chapter 100 sales tax exemptions for personal property.  The City of Columbia stepped forward by purchasing an existing building for $3 million and leasing it to IBM for $1/year for 15 years.  Local media is also donating $88,000 for job recruitment advertising.

Wow!  Ford keeps 3,750 jobs in Missouri.  IBM brings 800 new jobs to town.  Those incentives get everyone’s attention.  Again, what about entrepreneurs and small business?  So what can we do to stimulate small business?  Most entrepreneurs may not know what opportunities are available to them during start-up or growth.  During the business planning process it is extremely important to investigate what programs are in place to assist with business start-up and growth.  The burden is on the business owner to seek these incentives out!  Let me provide more local examples.  These are NOT unique to Columbia, Boone County Missouri…check your local/regional governments (and quasi-governmental activities) for similar packages.

The Industrial Development Authority (IDA) of the County of Boone is a local quasi-governmental corporation organized under Chapter 349 of the Revised Statute of Missouri. The IDA was formed to facilitate the issuance of tax-free industrial development bonds for the development of commercial, industrial, agricultural and manufacturing facilities in the county.  Within the last year the IDA has worked on growing a wide variety of organizations.  The IDA issued $1.8 million in revenue bonds for Phoenix Programs, Inc.  Using this approach saved approximately $60,000/year in financing cost for Phoenix and allowed them to grow from a 27 to 43 bed rehabilitation facility. Phoenix is a non-profit substance abuse treatment center to reduce the adverse effects of alcoholism and other drug addictions.

More recently, the IDA made a grant of about $8,000 to Centro Latino so they could purchase kitchen equipment.  Centro Latino is another non-profit organization.  They have a focus on providing services for the health, education, and cultural development for Latinos in mid-Missouri.

Another key entity that is available to entrepreneurs in my area is the Regional Economic Development, Inc.  REDI’s mission is to promote economic expansion in the area as a non-profit, public/private partnership.  REDI typically coordinates “customized” incentive proposals and Chapter 100 Revenue Bond applications.  REDI is a great regional resource for business start-ups.  At the local and state level the incentive package can consist of:

Locally and regionally, there are significant resources that entrepreneurs can tap into an effort to build their own incentive package.  The stimulus IS out there.  As communities and states compete against one another for job creation, ask yourself, “what can my government do for me?”  Just focus on your own backyard community and you might find some surprising incentives.