“All people want is a reliable way to communicate to their group members or customers. That’s what Tatango does and continues to do…”

Derek is the founder and CEO of SMS marketing company Tatango. Derek studied entrepreneurship at the University of Houston before dropping out to start Tatango. He came up with the inspiration to start the company after sitting in an empty parking lot while waiting for his fraternity brothers to show up for their meeting. Little did he know, an e-mail had gone out to everyone notifying them of a change in location. Frustrated and upset by this, Derek set out to find a better way for groups to organize and communicate. He spent months in his parents’ basement coming up with the idea and technology for Tatango.

Tatango is a web and mobile platform used to send text messages for groups, organizations and businesses. It has sent over 50 million text messages to groups as small as 10 people, to many thousands of people all at once. Tatango has focused on keeping mobile marketing simple: All people want is a reliable way to communicate to their group members or customers. That’s what Tatango does and continues to do with a strong focus on customer service.

MO:
First off, I was amazed to see you listed your personal phone number on the website. Secondly, I was surprised when you personally answered when I called. I don’t think I have ever experienced that before. So I have to admit my first impression with your company was ‘wow.’
My first question pertains to the fact that you seem to have the technology perfected. What’s left for Tatango to do and what should we expect to see in the future in terms of technology? 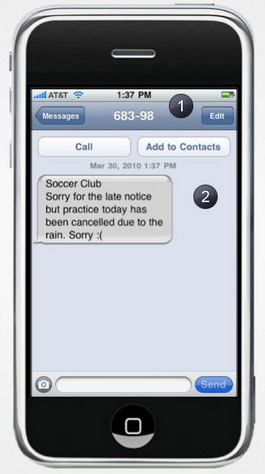 I don’t see why so many people think that’s so crazy. By the way, the phone number is 206.334.4012 if you don’t believe it. Send me a text message and I guarantee I will respond. I think if you’re paying for a service and you want to talk to the CEO, you should be able to—plain and simple. With regard to picking up the phone, if you don’t, you could be missing a huge opportunity. I can’t take that chance in my company.

We have a few much-needed features in the pipeline, but after then, we are done. Tatango isn’t an innovative company that has to come up with new and unique features or products all the time to keep our customers happy. Our customers want a simple way to text message a lot of people at the same time. That doesn’t require a lot of innovation or feature-adds; it’s actually the contrary. If we were to keep adding features, it would distract our customers in what they really want to do when they come to our site—send a text message.

What we will be doing on the technology side is making things faster, more efficient and streamlined. The faster someone can log in, send a message and log out, the better our service is.

MO:
Groups and connectedness is the whole theme of Web 2.0. How do you view social media in the context of Tatango? Are they competing with you or helping you?

Derek Johnson:
These social media tools like Facebook and Twitter are in no way competition to Tatango. Facebook and Twitter are all about conversations around ideas, videos, pictures, etc. Tatango is completely different, as we only give one person (the group owner) the ability to communicate to the group, taking away the social aspect of our service. 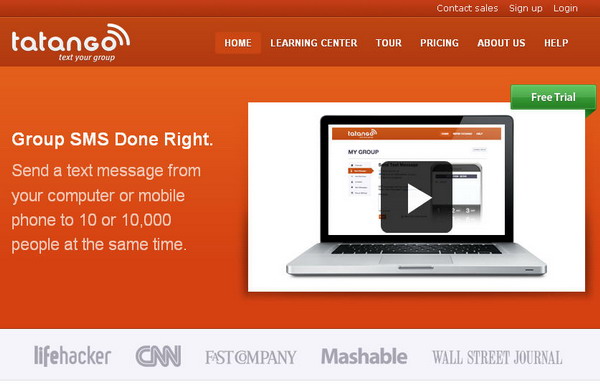 Social media tools have definitely helped us grow our business, as we use them as a tool to connect with existing and potential customers. You can find Tatango on Facebook at http://www.facebook.com/tatango and on Twitter at http://www.twitter.com/tatango.

MO:
How did you get your first customers signed up beyond your network of friends and relatives?

Derek Johnson:
Hustled. Plain and simple, we hustled our asses off to get our first customers. We would hit potential customers up with e-mails, phone calls, Facebook messages, whatever got them talking to us. It was hard; it’s still hard to get that next customer.

MO:
You raised Angel Funding for Tatango. How did you find and select who would invest? What did/do you look for when trying to get investors? How do you judge them?

Derek Johnson:
When you are just starting out with an unproven idea, no college degree, no experience raising capital and no technology background, you take anyone that is accredited and opens up their checkbook. Now we are at a stage that is past all of those hurdles, so the investors we look for not only can contribute capital, but can also contribute things such as mentorship, board membership, strategic partnerships, industry experience and introductions within their networks.

MO:
You studied entrepreneurship as an undergraduate. Can you teach someone to be an entrepreneur? What did you learn during your studies and how did you apply it to your business?

Derek Johnson:
No, I don’t think you can teach someone to be an entrepreneur. Being an entrepreneur is something you’re born with, something that’s in your DNA. What I think an entrepreneurship program helps do is bring out that entrepreneurial DNA in the students that have it. A lot of people have the entrepreneurial DNA, but just don’t know what the next steps are. That’s where a program like the one I went to helps. By the time I got accepted into the program I had already sold my first company, so I had a good grip on all the basics they were teaching us.

What I enjoyed most about the program was being around other like-minded people, that I could feed off of for inspiration, ideas and motivation.

Derek Johnson:
The one thing that scares the shit out of me is how much I’ve learned in the past two years. We have seriously made so many mistakes, wrong choices, and blunders, but thankfully have learned from each one of them. What scares me is what mistakes are we going to have to learn during the next two years? To help entrepreneurs get through the first two years, I started a blog which can be found at http://www.tatango.com in which I video blog about things we’ve learned. Hopefully this helps other entrepreneurs avoid some of the mistakes we went through.