My Corporation – “Embrace your quirks; let your office be who it was born to be!”

Allow me to introduce one of our Social Media Interns: Kelsey Goeres, to write this month’s piece on MyCorporation’s office quirks.

The clock strikes 8:30 and the ears in the office perk up to listen for the swoosh of the door, eyes dart back and forth in desperate search of a big brown bag, and noses violently sniff straining to smell any hint of the highly anticipated bagels that are soon to be delivered. It’s that day; Bagel Friday. Every Friday at MyCorporation the Director of Operations, Dana, brings in freshly made bagels accompanied with various gourmet whipped cream cheeses. 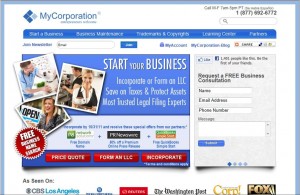 As soon as Dana enters those front glass MyCorp doors the bagel politics begins. Of course, the swarming doesn’t instantly begin, no. Dana slowly creates a nice display and the employees pretend not to notice for a minute or two. There are a few bold ones that dash for the break room after little delay and then there are those who try and play off like they haven’t been dreaming of those bagels and tantalizing cream cheeses all week (you haven’t lived until you’ve tried whipped bacon flavored cream cheese)—everyone has his/her method. How they go about retrieving seconds is for another post.

Every office has its defying factors. MyCorp is no exception. In honor of October’s Office Idiosyncrasies Week, here are some of our very own quirks that make our office our office.

Sales Team Jargon. Being in an office where there aren’t any walls where a majority of the employees sit, everyone hears everyone. So I hear up close and personal how the sales team speaks with our customers. If a person walked in the door not knowing anything about MyCorporation he would hear the sales team on their phones and think they were all chatting up old pals from their childhoods. But that stranger would be mistaken! That casual, friendly conversation he’d be hearing would be our sales team speaking to customers. Out of all the internships I’ve been at I have never been to any business where the sales team speaks to customers with such genuine kindness. Even when they’re not on the phone, the team is speaking with other team members about the well being of the customers: “Hey have you guys talked to Frank lately? I miss that guy.”

The Technical Lunch Crew. Every day a group of young men plus one young lady go out to lunch or venture to the break room together. The group consists of the company software engineers and the senior web designer. The group has such an obvious camaraderie to it—as they leave for their lunch outing I always picture them speaking in their technical jargon and laughing at technical jokes on their way. Really it’s just refreshing that such a symbol of sweet friendship can be found and produced in an office setting.

Social Media Quirks. Being a Social Media Intern, of course I notice every single quirk that goes on in our little corner of the office. First of all, one of our interns currently resides in Ireland and submits all his work electronically. I’m not sure how many companies have out of country interns, but I’d guess not many. Additionally, every morning our manager sends myself and the other intern relevant videos, picture, gifs, and articles from the internet in order to get our creative juices flowing. The content varies from political to humorous to creepy and awkward- hey whatever gets the job done, right?

Every business is made up of a handful of unique employees making it impossible to find two offices exactly alike. Embrace your quirks; let your office be who it was born to be!