“If you’re a start up then, you need to start. Do everything you can, don’t spend all your time looking for money without even getting started on your idea.”

London Based Mindwork Labs was founded in 2012 by Tom Packer and Mark Pearson to be an outlet for various ideas and projects.

Their first project is MyDeals.com which is a global deals website. They currently operate in 2 countries with a further 7 currently in preparation for launch and receive over 300,000 unique visitors each month. 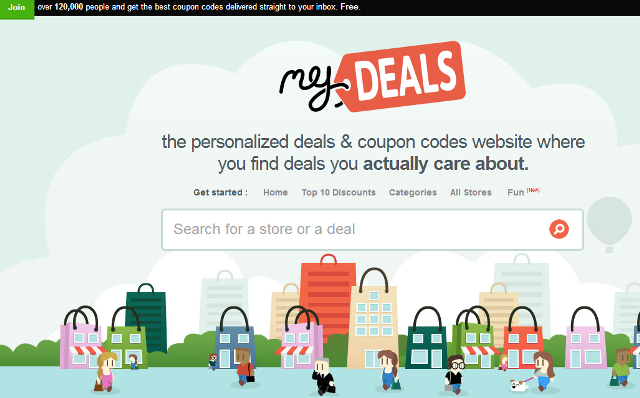 MO: What separates MyDeals.com from the competition?

Tom: Right now, anyone looking at the site would think nothing – But it’s what is going on behind the scenes that are really clever, the site is learning, gathering information that will eventually mean that our results and relevance are second to none.

We set out with 2 clear aims for MyDeals, The first was to give our users a what you need, when you need it, wherever you need it experience, so having great deals, different types of deals available for stuff people are actually interested in, and a single site that they can visit from wherever they are in the world. The second was to show the right content to the right people, We think that to do that we need to change the approach that deal sites take and treat everyone as an individual rather than a mass targeting.

MO: What advice would you give to a startup seeking investment?

Tom: It’s all about who you know, make yourself known, go to community events, get involved in the tech scene where you are, talk to everyone and make friends. Those connections could be what eventually gets you your investment opportunities.

Once you get your meetings, be confident, believe in yourself – remember that a lot of investors buy into you as much as your idea, so you’ve got to impress them, If you’ve got a great idea you’ve got to make sure they know you’re going to make it happen.

The biggest mistake I think people make with this is having raising investment as their strategy to get started. If you’re a start up then, you need to start. Do everything you can do, don’t spend all your time looking for money without even getting started on your idea. You’ll stand a much better chance of raising money later down the line if you actually start working on the product, you can very rarely raise money from just an idea, it’s not unheard of but it’s rare.

MO: Can you talk about how you’ve been preparing to launch in an additional 7 countries? Have you encountered any major obstacles or has it mostly been smooth sailing?

Tom: We’re lucky that myself and Mark have both launched international sites in a similar market to MyDeals, so we know what we’re doing with that. Still it’s a very difficult task, as with a site like MyDeals it’s all about volume, volume of merchants, volume of deals, volume of users. To move into a new market we have to research that market, find out the must have stores and must have deals and then expand out from there.

With that in mind we have to collect information on well over 300,000 retailers across the 7 new territories, and then we have to source deals for those stores. It has been a really long process but hopefully we’ll be in a really good place when we launch them.

MO: What’s one marketing strategy that’s worked well for you?

Tom: Some of the best marketing we’ve had has come from just having fun, we see something interesting going on in the news (such as the horse meat scandal here in the UK) and if someone has a good idea of how we can gain some attention because of that, we do it. With the horse meat scandal we put together a little calculator on the site, that told users what percentage of a horse they’ve eaten based on how many contaminated products they’d consumed – The users, and the press found this hilarious and we had 1000’s of people talking about us, and 10,000’s of people visiting mydeals and being exposed to our brand.

MO: What aspect of MyDeals.com are you most proud of?

Tom: Without a doubt it’s the team behind it, I’m really proud of the people that have bought into the vision for MyDeals.com and Mindwork Labs as its holder company. We’ve got some really smart people working flat out, pushing hard to make stuff happen. There’s nobody in the team here that I’m not proud to have working with me.

MO: If I could grant you one business related wish right now, what would you ask for?

Tom: Aside from the usual 1000% growth that I’m sure most people say to this, I think my biggest wish would be that we continue to attract really good people to the company, and hold onto them.

The people are what makes a company, so when you have a great idea and surround yourself with great people – you’re onto a winner.