Multiple sales gave Jeff Smith, a media maven from San Diego, the confidence to share his stories with other business owners. He and his partner, Dov, sold their online marketing service company called Media Matrix. An agency, The Geary Group, and Media Matrix had a quick sale. Smith and Dov’s San Diego news, events and daily deals site, titled DiscoverSD.com, gained the attention of a major local newspaper, the Union Tribune. These and other deals make Smith an expert on Plan for the Sale, an online educational tool that outlines the prep and steps for selling a business.

Like many business owners, Smith’s Media Matrix was unable to grow in its economic atmosphere. In order to find the right buyer, he needed technology and a detailed transition. Smith had to make tough decisions, including assess larger companies that had the resources to buy him out or merge. His main contact tool was the common cold email. 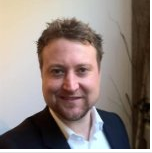 “The majority of business people just want a quick e-mail, a quick note, something enticing,” says Smith. “Kind of like that killer headline in the e-mail that intrigues them, gets them on the phone, gets them in person.”

He had experience using a broker, but he took on networking opportunities he knew he could handle himself. His extra work connected him with potential buyers and even helped him find new clients. Once Smith found someone with the right offer and fit for Media Matrix, he found himself analyzing his situation and the business’ newfound success.

Smith continued to work for his company during the transition of ownership, so as the business was doing well he had to act using an ethical thought process. He was now an employee and had to do things to help his old business succeed.

He says not to get caught up in ending the deal. A seller has to live with Whatever happens along the way or at the end forever. Smith recommends studying contracts to make sure current clients or customers to make sure an owner can legally sell. Also, he believes using a chief financial officer will make sure books are tidy and they are a useful during negotiations.

A few essential things he advises to cover include studying client contracts to see if, or even how, a sale could occur and using a chief financial officer to keep clean books and help with negotiations.

Experiencing the first sale set Smith up for more business ventures. His next big project was starting and expertly marketing DiscoverSD.com and a tattoo and bodyguard social networking site, which was the largest of its kind at the time. As his brands grew, so did his list of employees. Employees add more pieces to a sale. He believes that at a company’s inception, or even in its middle age, At your company’s birth or at the middle of its age, an owner needs to step back and ask themselves if a potential buyer would want the existing staff or a group they handpicked.

“Trying to find a way to create the path of least resistance and the least friction down the road can lead to more likely exit, a faster exit and creates a better story,” says Smith.

This advice is good for any owner—from the seasoned owner who hasn’t thought of selling and the new entrepreneur building their own company. Smith continued his work when U-T took over his entertainment site. It takes a special connection for a seller and buyer to build the trust of a seller turned employee.

“I think some of the key things in doing these types of deals is just figuring what you want out of it, figuring out how likely it is that you can control the factors that relate to it and really the more control they are willing to give you it’s a good indicator that they really want you to get the earn out,” says Smith.

He ended up with two good sales tales. Any type of business and sales timeline can utilize the Plan for the Sale educational guide. If you are selling one or two business, in two months or two decades and love or hate networking, Smith’s story provides insight into how to build a business and sell it stress free.