” Networking with other business owners in the same industry, but that are not local competitors, is extremely valuable.” 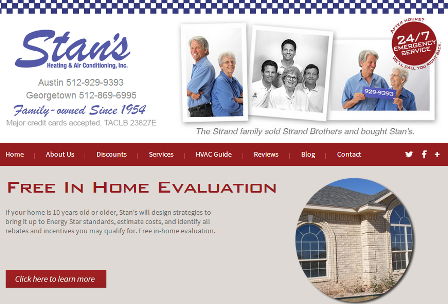 MO: What inspired you to launch your business?

Chris: First off was the Arab Oil Embargo in 1973 which disrupted daily life, dramatically increased prices and almost brought the economy to a standstill. During college I became aware of and embraced the environmental movement. Then in 1976 I graduated and went to stay with a friend in South America for about 3 months. While there I noticed the unreliability of the electric service; in fact, there were even homes which had no electricity at all. Blackouts were common and occurred in random times and places. I took advantage of my time by visiting the public library where the biographies on the Rockefellers caught my attention. After reading about them, I was impressed with the huge impact of oil on the U.S. economy. What really hit it home for me was on the flight back home from Columbia to Miami. Circling above the city, I was amazed at how the entire place lit up from the automobiles, buildings, and homes below and I could see just how reliant the U.S. was on energy. At that point I decided that I wanted to get into the energy conservation business. Shortly thereafter I moved to Austin, Texas and started Conservation Unlimited Inc. with myself as the sole employee.

Chris: A very recent success story that we have had is a targeted direct mail campaign to all of our customers that have done business with us over the past three years (approximately six thousand customers). We sent a first-class personalized typed letter from me which was hand addressed by staff that gave a purview of what had transpired with the company over the past year. Every letter was signed by “me” using a signature stamp which had an uncanny resemblance to my original signature. Keep stamp safely locked away! At the bottom of the letter I added a note that talked about an incredible offer which I had included as a separate flyer.

Winter is our slowest time of the year so I sent this letter to drum up business and show appreciation for my customers. I am willing to give substantial discounts at this time to hopefully break even, but just as importantly to keep our crews busy so that they are available during our busy season. As I write this, these letters were sent out three weeks ago and the response has been impressive. We’ve already had around thirty sales appointments, which might not sound like much compared to six thousand letters, but our average ticket price is around $12,000 which also correlates to approximately two weeks of work for our two-man crews. Sales appointments are still coming in to the office.

MO: What issue does your core product help solve and how so?

Chris: Our core product is to provide comfort at the lowest possible price. We repair, service, replace, and install air conditioning and heating equipment in homes and small businesses. We couple these products and services with our “Whole House Approach” which addresses the entire building by sealing the building envelope, installing window shading, improving the ductwork, and insulating the attic in combination with repairing, cleaning, calibrating, or replacing existing HVAC equipment.

MO: What has been your biggest challenge as a business owner and how have you met that challenge?

Chris: Buying a company in May of 2011. I started my first company in 1978, which I sold in 1998 and stayed on as the General Manager until my position was eliminated in February of 2011. Fortunately, I had been in negotiations with a company, in the same industry, which I eventually purchased. In the company I purchased, sales were down $5 million compared to just three years before, employee count was bloated by 50%, and finances were in dark red. My minority partner and I worked harder than we had ever worked in our lives, increased sales by 30%, and were able to break even by the end of the year. In 2012, we enjoyed a modest profit and look forward to increased profitability in the years to come.

MO: What advice do you have for other entrepreneurs and business owners? What do you wish someone told you?

Chris: – You have to be passionate

– You have to be driven

– You have to be accountable

– You have to have a customer focus

– You have to have a sense of urgency

– You have to be humble

– You have to be scared

– It has to be a service or product that is desirable

– It is better to hire personality over competency, you can always train a skill,

but you can’t change someone’s personality

Succeeding in business is only possible if you have these attributes. If you are lucky enough to have these, you are much more likely to be successful.