A few months ago, we announced that we were searching for the top 10 consultants across all industries. We are excited to announce that we’ve found the consultants who have actively utilized their expertise, leadership, and talent to build companies that achieve success by helping their clients reach — and exceed — their goals.

The “Top 10 Consultants” is a list of today’s leading consultants whose expertise spans from startups to big businesses across industries ranging from mobile to entertainment. They allow their passion to fuel their creativity and excitement, and their dedication to their industries makes each of the individuals some of the most sought-after experts in their respective fields. 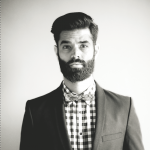 1. Rameet Chawla: Founder of Fueled, an award-winning design and development company based in New York and London, Rameet Chawla is also the founder of the Fueled Collective, a co-working space comprised of over 25 startups in downtown Manhattan. Combining a decade of experience building Web and mobile applications with his innate sense of style, Chawla has created apps for a wide range of industry clients from high-end fashion brands to successful tech startups. Always up for a challenge, Chawla is passionate about building and being involved in disruptive technology ventures. 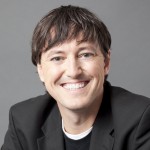 3. Joey Coleman: Joey Coleman is the chief experience composer at Design Symphony, a customer experience branding firm that specializes in creating unique, attention-grabbing customer experiences. He has been a lead consultant for clients that range from individual entrepreneurs, startups, and small businesses to non-profits, government entities, and Fortune 500 companies. For over a decade, Coleman has worked with clients that include NASA, Hyatt Hotels, and Zappos. Joey is a recognized expert in customer experience design, an award-winning speaker at national and international conferences, and has taught business and creativity courses at both the college and graduate school levels. 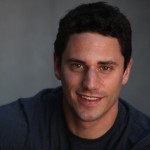 4. Jason Fisher: Jason Zone Fisher has spent his entire life in the entertainment industry. At the age of 9, Jason landed the lead child role in the Cleveland Play House’s production of “Conversations with My Father.” After a number of other theatrical and film roles, Jason co-hosted two-time Emmy-nominated “Browns Blitz” on NBC. Moving forward with his passion, Jason went on to found his own production company: In-The-Zone Productions. He directed, wrote, and produced “Swing State,” his feature documentary film directorial debut. Jason’s experience in the entertainment industry has made him a sought-after consultant for major brands such as Gillette, Nestle’s Butterfinger, Esurance, Progressive, and Skype. 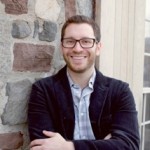 5. Matthew Goldfarb: Matthew Goldfarb is a professional copywriter who has spent the past 12 years creating award-winning ad campaigns for some of the largest companies in the world. His experience spans conceptual and long-form copywriting to TV, print, interactive, and integrated copywriting. As founder and chief renegade officer, Goldfarb is now bringing his expertise to Corporate Renegade, a company that aims to make its small business owner and entrepreneur clients stand out. 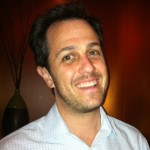 6. Michael Goldstein: Michael Goldstein is the founder of Exhilarator, a startup accelerator that helps consumer Internet startups get traction and funding. He has founded five businesses and sold three, including DealPal to XL Marketing in 2010 and Magazine-of-the-Month to Magazines.com in 2004. As a serial entrepreneur with 15 years of experience, Michael’s focus is on e-commerce, online content, and subscription businesses. He has a passion for growing startups, and he has been involved with multiple startup businesses as a consultant and mentor. 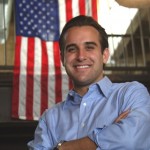 7. Jason Grill: Television analyst for Fox 4 WDAF in Kansas City, a regular contributor to The Wall Street Journal Radio Network, and founder, producer, and host of the “Entrepreneur KC Show” on KMBZ Business Channel, Jason Grill is a true entrepreneur. He is a member of the advisory board of Neighbor.ly, SquareOffs, and the Partnership for Technology Innovation. Jason offers his consulting expertise in publications such as The Huffington Post, Politico, KC Business, Politix and The Recovering Politician. As an expert consultant, Jason has worked in the White House for a senior advisor to former Vice President Al Gore and an advisor to former President Bill Clinton. 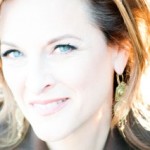 8. Karen Leland: Keynote speaker, media guest, and freelance content developer, Karen Leland is also president of Sterling Marketing Group, a marketing and brand strategy firm based in San Rafael, California. Her client list includes companies such as American Express, AT&T, Apple, Cisco, and Capital One. Drawing on 25 years of consulting experience, Karen takes a systems approach to help her clients effectively navigate the wired world of today’s business landscape while powerfully communicating their messages to the public, potential customers, and media. Also known as a best-selling author, Karen has communicated her expert consulting advice in her seven books, which have sold over 350,000 copies and been translated into 10 other languages. 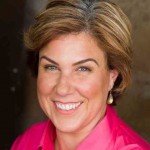 9. Michelle Randall: As a senior executive coach and business consultant for Enriching Leadership International, Michelle Randall has been personally responsible for multimillion-dollar revenues, pioneering green business practices, and launching a breakthrough tablet device 10 years before Apple introduced the iPad. Through her singular ability to recognize individual potential and bring it to fruition, Michelle’s clients include executives and their teams at global Fortune 500s, high-potential companies and non-profits, as well as members of the U.S. House of Representatives. Her reach extends beyond her clients as a sought-after speaker and an expert consultant for the Best Practice Institute. She also contributes her expertise in a leadership column for Construction Today and Fast Company. 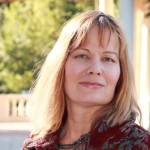 10. Kelli Richards: A highly coveted consultant, mentor, speaker, producer, coach, and author, Kelli Richards is the CEO of The All Access Group. She and her team facilitate strategic business opportunities in digital distribution between technology companies, established artists and celebrities, film studios, record labels, and consumer brand companies. With over 20 years of experience in the entertainment and technology industries, Kelli has been driving the convergence of Silicon Valley, Hollywood, and Madison Avenue as a super-connector, strategist, innovator, rainmaker, and thought leader for over two decades. Other notable successes include launching digital music at Apple, where Kelli led all digital music initiatives for 10 years.